The following was published on December 5, 2012.  By Ron Mahabir

AS WE speed dangerously along the highway of global economic growth, it has become awfully clear that we are headed for major accidents in food, water and other resource shortages, as well as increasing environmental disasters.

We just have had way too many red alerts in recent years including Fukushima, Gulf of Mexico, Katrina, floods and heat waves to not take these a great deal more seriously. It is probably more than coincidence that 2012 is on track to be the hottest year in the United States and Hurricane Sandy was the largest Atlantic hurricane on record. END_OF_DOCUMENT_TOKEN_TO_BE_REPLACED

February 9, 2008 (BusinessWeek) – SolarWorld AG is planning to invest EUR 60 million in the construction of a factory for solar modules in South Korea. The site will initially have a capacity of 120MW, twice as high as the figure planned in October. The factory’s capacity will then be doubled at a later date. Solarworld is planning this project together with Solarpark Engineering, its South Korean joint venture partner. This is the companies’ first site for the production of solar modules in Asia. The new factory is to become operational at the beginning of 2009.

February 15, 2008 (Asia Times) – The 2005-07 spike in petroleum prices topping out at US$100 a barrel has prodded economic planners across the globe to reconsider their energy options in an age of growing concern over global warming and carbon emissions. The Southeast Asian economies, beneficiaries of an oil and gas export bonanza through the 1970s-1990s, now find themselves in an energy crunch as once-ample reserves run down and the search is on for new and cleaner energy supplies. Notably, regional leaders at the 13th ASEAN Summit in Singapore in November 2007 issued a statement promoting civilian nuclear power, alongside renewable and alternative energy sources. END_OF_DOCUMENT_TOKEN_TO_BE_REPLACED

December 17, 2007 (The Korea Times) – Use of biodiesel remains quite low at home. But the domestic biodiesel market seems to have reached saturation point already as demand fails to follow supply despite government efforts to increase the production and use of the alternative energy. South Korea has an annual production capacity of some 800,000 tons at the moment. But the demand is expected to remain at less than one-fourth of the supply, according to the Ministry of Commerce, Industry and Energy Monday. 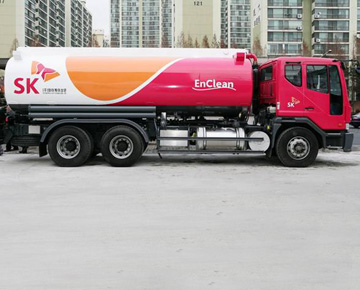 END_OF_DOCUMENT_TOKEN_TO_BE_REPLACED

December 5, 2007 (AME Info) – LG Electronics, a global technology leader and pioneer in home appliance convergence as well as the world’s leading air conditioner manufacturer, announced today that the company plans to expand into the energy solution business to actively respond to energy and environmental issues.Through this move, LG expects to achieve global sales of $7bn by 2010. The company also expects its proportion of sales of commercial air conditioners will increase from 30% of its total air conditioner sales to 50% by 2010.

END_OF_DOCUMENT_TOKEN_TO_BE_REPLACED

November 22, 2007 (Forbes) – Leaders of 16 Asian nations including China and India signed a pact on the environment Wednesday, pledging action on climate change and forest cover, and promoting the use of nuclear energy. The East Asia Summit members threw their support behind a UN plan as the ‘core mechanism’ for tackling global warming.

END_OF_DOCUMENT_TOKEN_TO_BE_REPLACED

November 12, 2007 (Credit Suisse Equity Research) – In less than two hours, enough solar energy reaches the surface of the earth to satisfy the entire energy needs of the world’s population for a full year. At least, that’s the theory. In practice, solar cells generate not even 0.1 percent of the electricity produced around the globe. The potential is therefore huge, and the political will to promote environmentally friendly power generation is growing steadily.

END_OF_DOCUMENT_TOKEN_TO_BE_REPLACED

November 6, 2007 (Architectural Record) – The word “sustainable” is not often used to describe the pollution-choked cities of Asia, but the continent is poised to host a new generation of green cities that right the wrongs of industrial-era urban planning. The question “Could we do better?” motivated New York-based SHoP Architects to take on one such project, the high-tech Sector 61 node of Gurgaon, India.

“We feel like if you can set a good example there, with all the building that’s about to occur, you can have a much bigger impact than designing some LEED Platinum building here in New York,” says SHoP co-founder Gregg Pasquarelli.

Sector 61 is one among a series of commissions in which internationally known designers are creating whole neighborhoods and cities to capture and direct Asia’s sudden urbanization. Other examples include the Shanghai satellite city Dongtan, designed by Arup, and the competition for a 1.6 million-square-foot eco-quarter in Singapore, recently won by Foster + Partners.

END_OF_DOCUMENT_TOKEN_TO_BE_REPLACED

Solar wafers are used to manufacture solar panels and modules which go into generating electricity from sunlight. Under the agreement, a company christened Kits Solar, will be incorporated and registered in Kolkata with an authorised share capital of Rs 200 crore. It will be an 100% export-oriented unit.

END_OF_DOCUMENT_TOKEN_TO_BE_REPLACED

October 3, 2007 (Clean Edge News):  SunPower Corporation, a manufacturer of high-efficiency solar cells, solar panels, and solar systems, recently announced that it will work with Korean energy company EnE System to build a 2-megawatt solar electric power plant in Jeonju, a city in the Jeolla province of Korea. The plant, owned by Jeonju Solar Energy, is the first of its kind in Korea to be located on a landfill property.